At Encore Dance Theatre the health and safety of our faculty, students and their families are our most important priority.

As COVID-19 continues to spread and affect many parts of the U.S. we have been closely monitoring local conditions. After consulting colleagues and leaders in the industry, we have determined that it is in the best interest of our faculty and families to temporarily suspend all classes.

Effective Monday, March 16th the studio will be closed at least until Sunday, March 29th to help slow the spread of COVID-19. The dance season will still go on! We will continue to try to provide a sense of normalcy for this challenging time even if it is through virtual channels. Please continue to check your emails for exciting digital messages from your child’s dance teachers.

We will be staying in touch, sending recital music and videos for practice, and also sending mini lessons to our families so that you can enjoy and practice dance at home. We are working hard to keep our teachers working and students engaged during this time. Our faculty is working hard to serve you the best that we can!

In the meantime recital dates remain unchanged. We will continue to monitor the situation, and will update you accordingly.

Thank you for taking the appropriate steps with us the lessen the risk to our community as much as possible. We greatly appreciate your support.

In partnership,
Ms. Anne and the EDT faculty 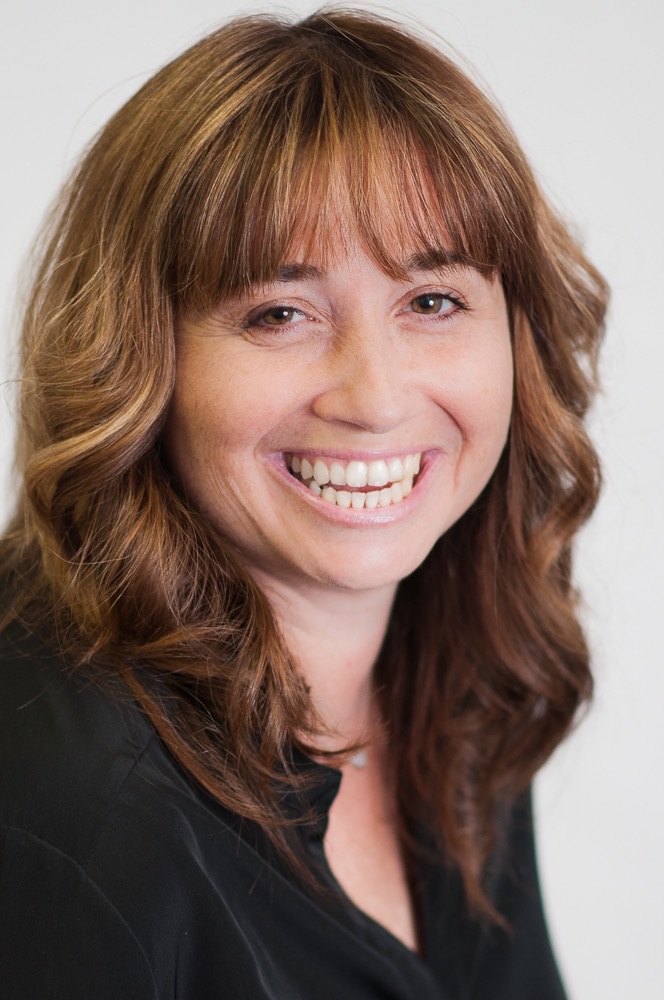 Anne has been sharing her passion for dance and mentorship with students for over 30 years. She is a proud member of More Than Just Great DancingTM and Dance Educators of America. She began teaching for Encore Dance Theatre in 1992 and has owned it since 2012. Anne beams with pride over the many accomplishments of her students and her studio.

Rebecca has been dancing for over 10 years. She started her training in 2005 at Ballet Etudes in Pembroke Pines, Florida and in 2008 started training at Academy of Arts in Pembroke Pines, Florida. Rebecca has also taken dance courses at Florida International University. She is trained in ballet, pointe, flamenco, modern, contemporary, and jazz. Rebecca previously volunteered at her home studio, Academy of Arts, helping teach flamenco classes and has taught some classes. Rebecca has also choreographed for Florida International University’s 2016 Fall Dance concert. Rebecca enjoys both dancing and teaching young children. She is very eager to continue to grow as a dancer and as an instructor. 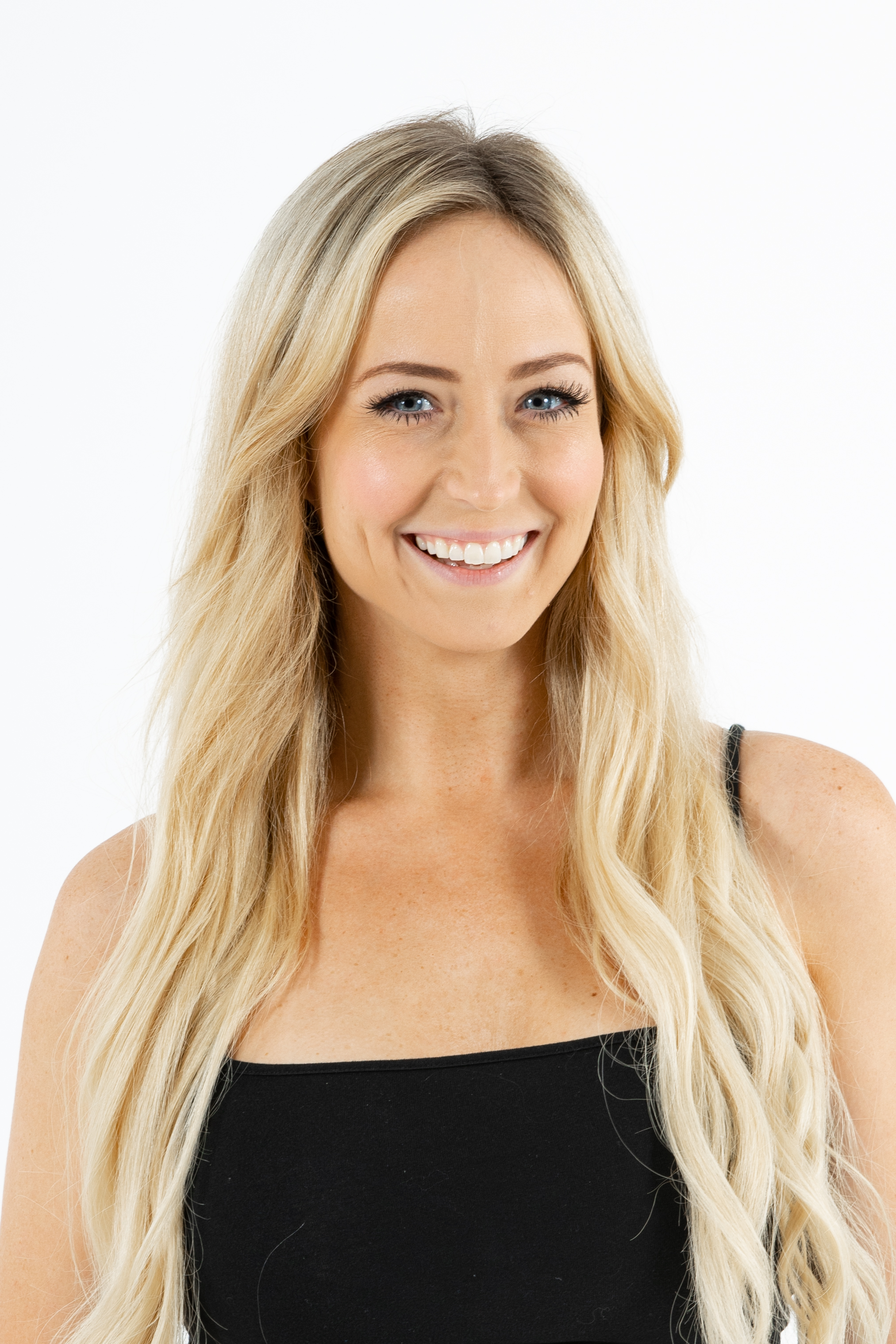 Deana is from Orlando, Florida. She had the honor of being a New York City Radio City Music Hall Rockette for several seasons. Among her other accomplishments are: the TV show Glee, Smash, Bad Romance music video with Lady Gaga, PSA with Beyonce, performed with Jennifer Lopez at the American Music Video Awards, America’s Got Talent, and can be seen dancing with Lady Gaga in the MTV Video Awards. She has worked with prestigious artists and choreographers including assisting the Emmy award winning SYTYCD choreographer, Tessandra Chavez. She has also performed in the Equity production of Beauty and the Beast at Disney World as well as a high-kick dancer in Universal Studios. 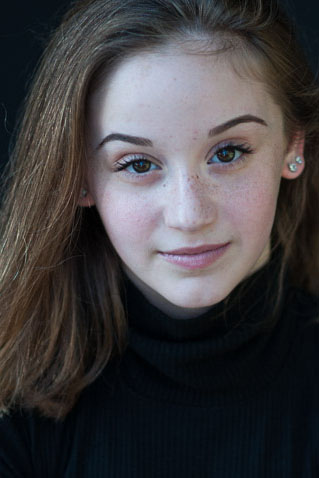 Rebekah has been dancing at Encore Dance Theatre since the age of 2. She has been competing and performing for the past 12 years and has received multiple overall awards. In 2016-2017 she was an asssitant for the dance convention Intrigue and had the opportunity to choreograph, asssit and learn from some of the industries best instructors. Summer of 2018 she was accepted to the prestigious Alvin Ailey program in NYC. This year she was awarded for her choreography and is excited to share her love of dance with Encore’s students this season. 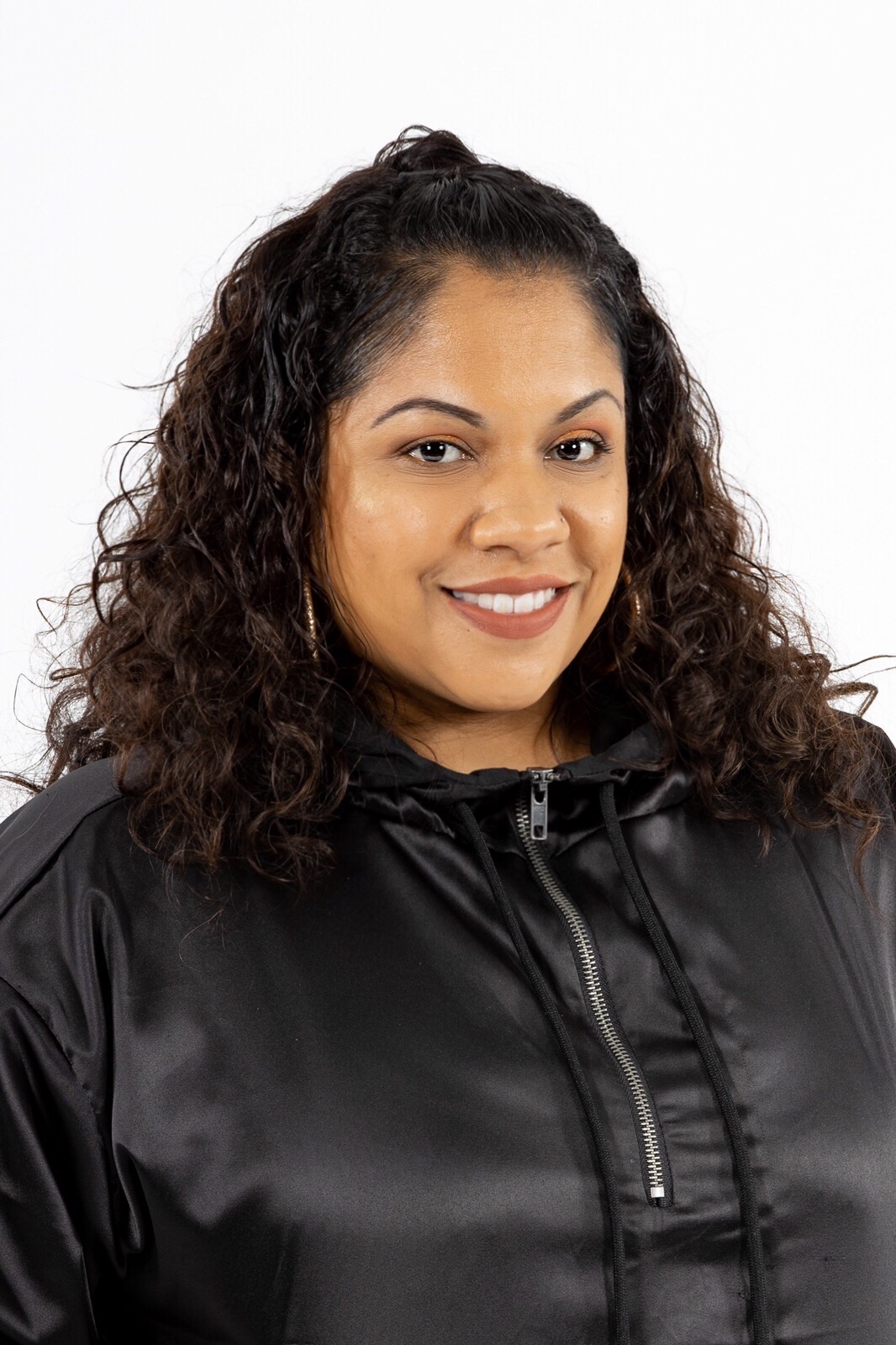 Crystal was born in Brooklyn New York where she received some of her earlier training. She continued to study multiple genres of dance as she progressed in life. She attended Dillard High School for the Arts where she continued to grow. She has been able to share the stage with many known names in South Florida. Currently she focuses on Hip-Hop dance, and she also runs the dance team at South Plantation High School. 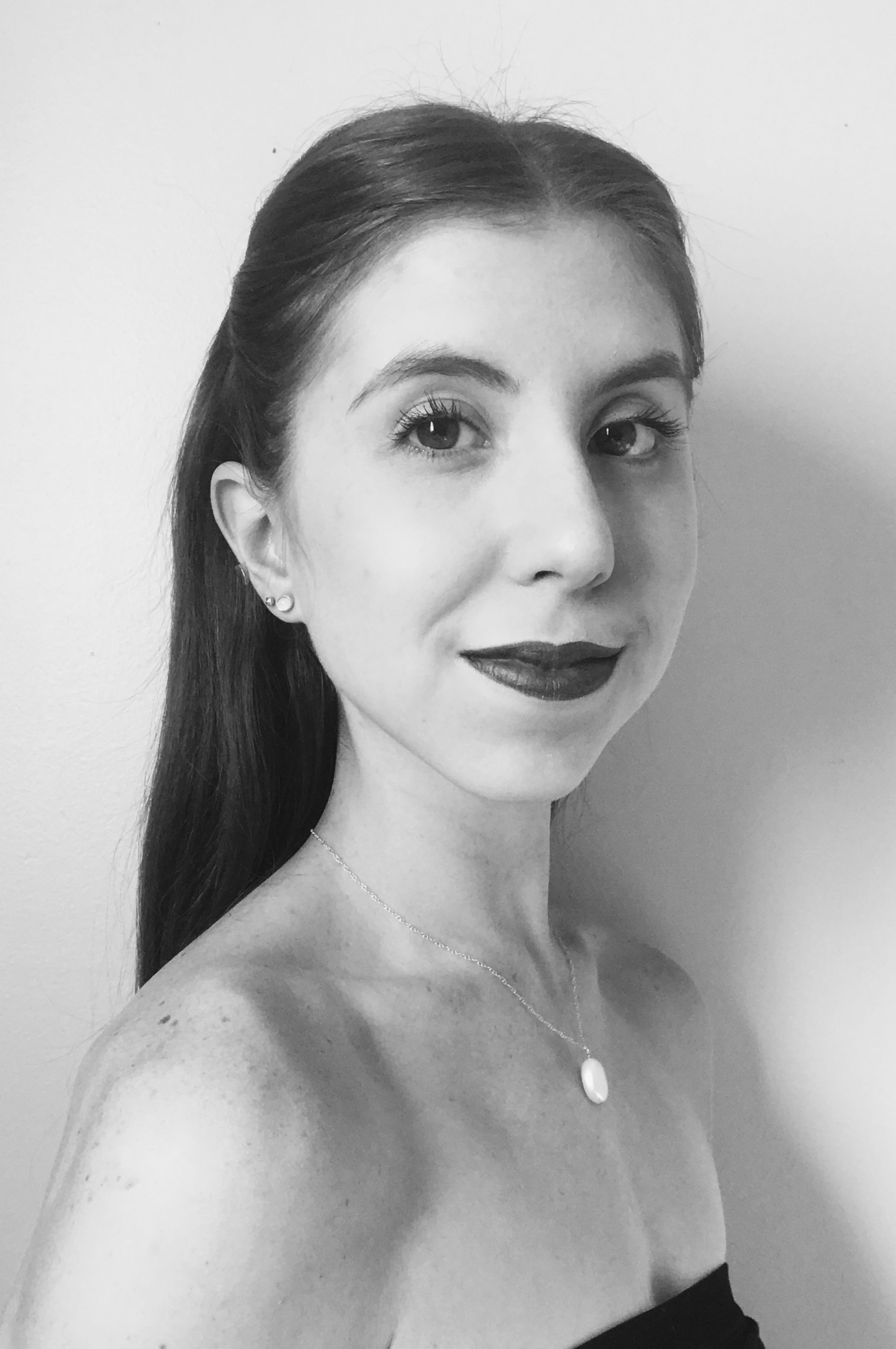 Bailee began her ballet studies at the age of 3 under the instruction of Dana Williams of Ballet Elite Dance Studio in South Florida. She moved away to further her training at the School of Pennsylvania in 2015, and the Miami City Ballet School in 2016 under the direction of renown principle ballerina Arantxa Ochoa. She now both teaches and dances professionally in South Florida, and is a certified fitness trainer under AFAA in “Tendu Toning.” Modern, contemporary, jazz, and musical theater have been integral parts of Bailee’s background and training as well. 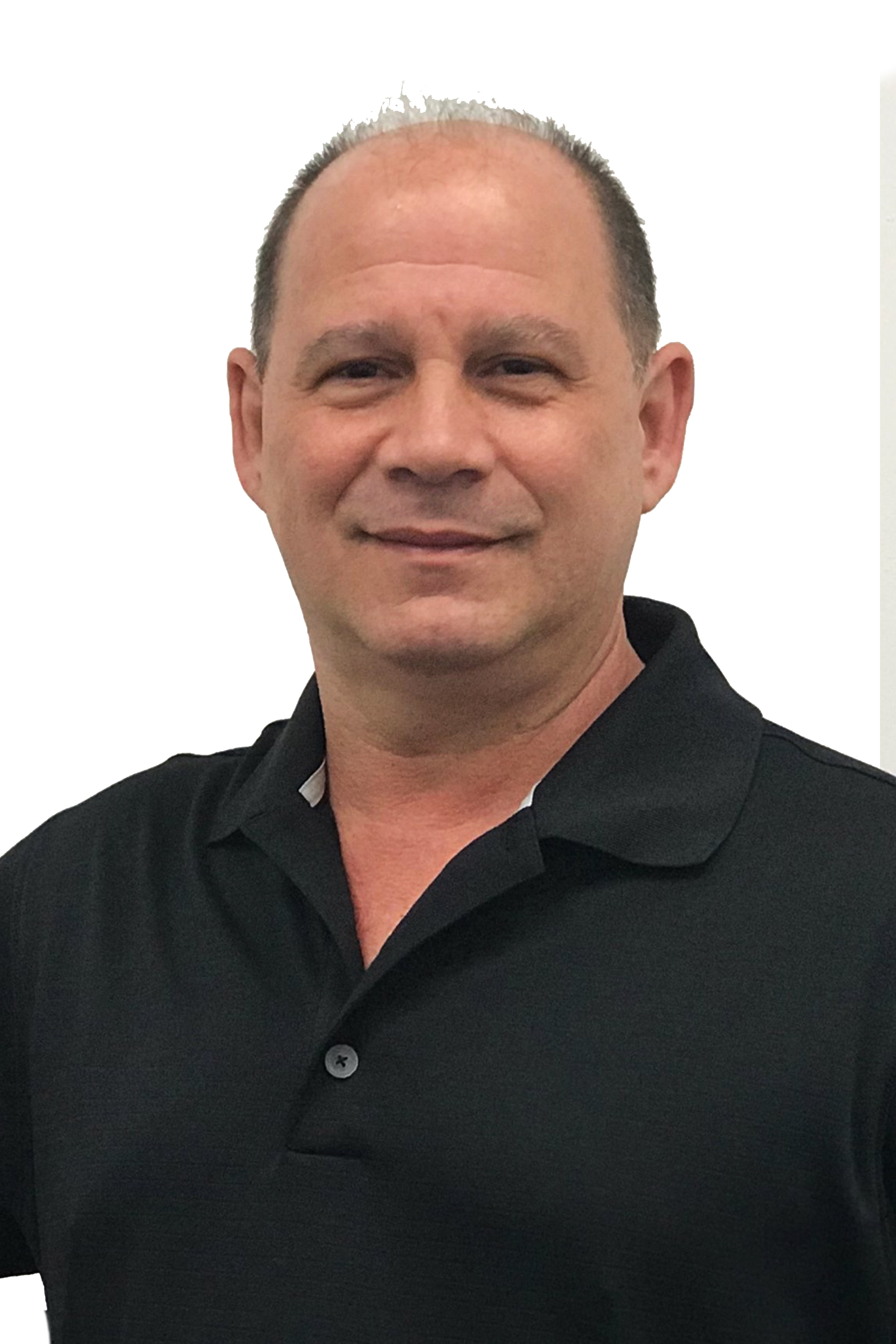 German’s studies in classical ballet, jazz and modern dance were completed at Les Grands Ballet Canadiense in Montreal, York University in Toronto, and University of North Carolina School of the Arts. German danced professionally with Boston Ballet, Ballet de Montreal, Ballet Florida and was a guest dancer with Compañia Colombiana de Ballet. Mr. Dager has been teaching and coaching dancers since 1986. He is a certified classical ballet teacher by examination. 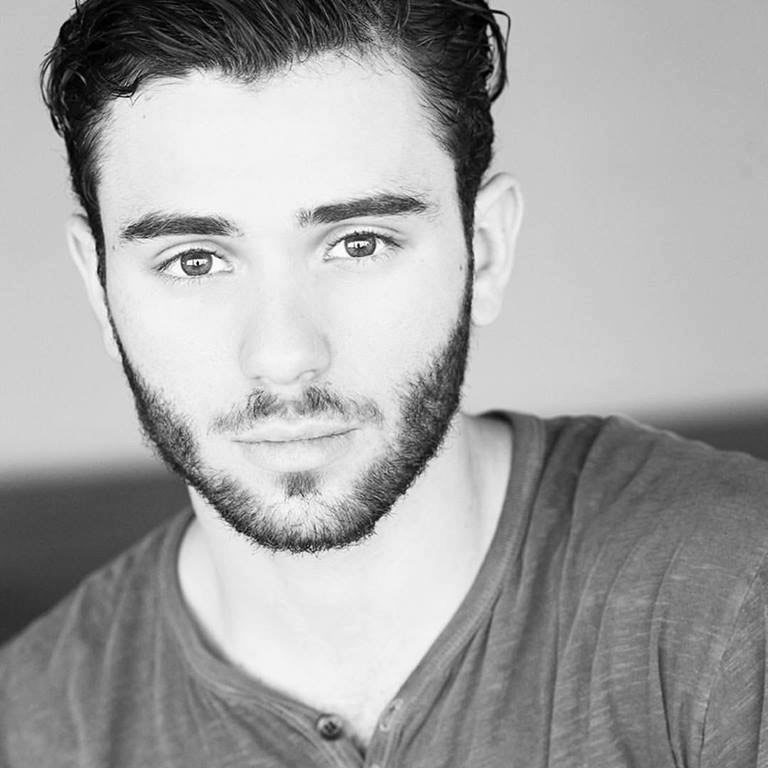 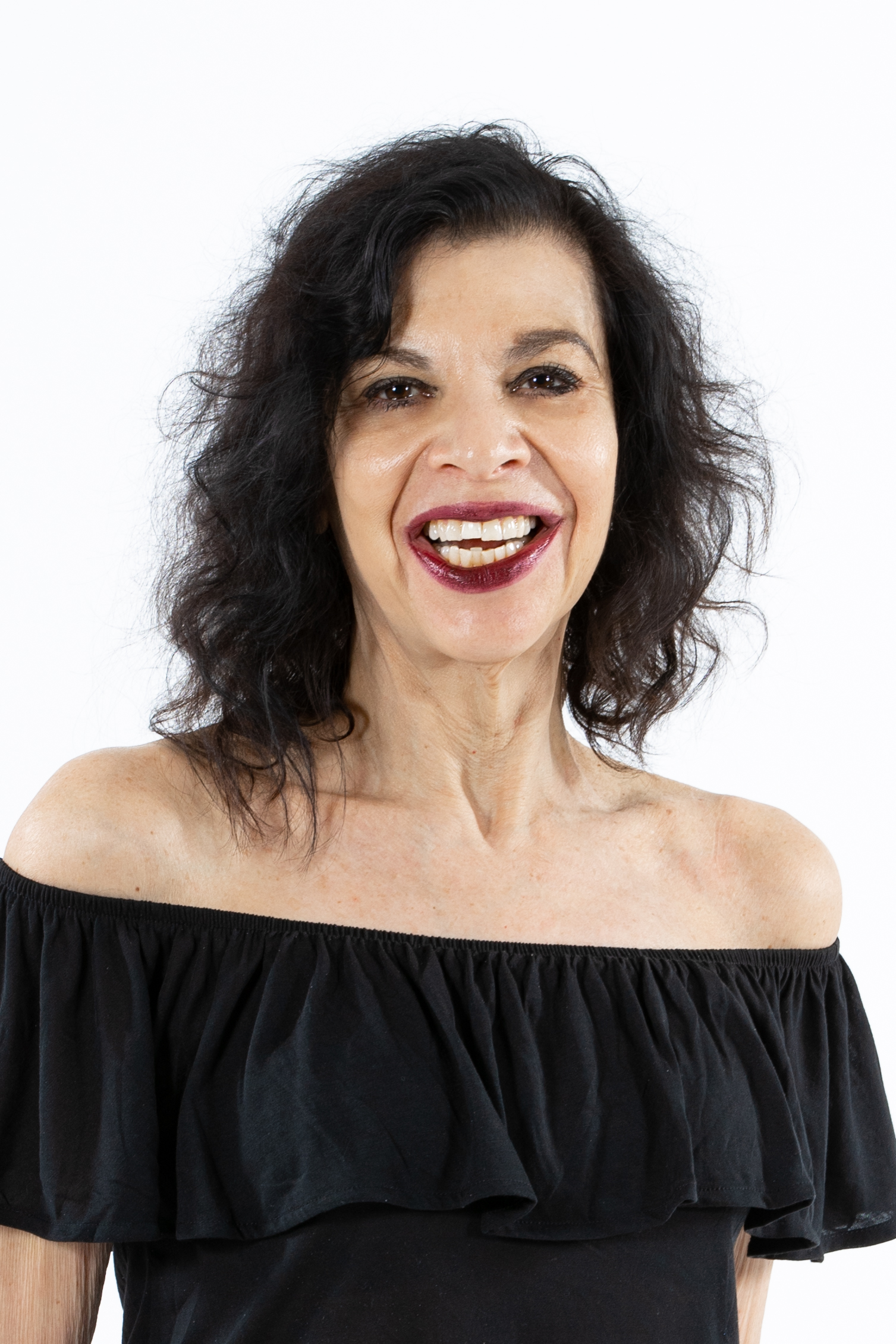 Cindy Dale Grossman studied Classical Ballet and Modern Dance at the American Ballet Theatre and the Alvin Ailey American Dance Theater, in New York. Ms. Grossman performed with the American Ballet Theatre, the Ballet Nacional de Cuba, and the Stuttgart Ballet, at Lincoln Center and other venues in New York, Washington D.C., and Chicago. She was a soloist with the Richmond Ballet Company. Her passion is to train and inspire young dancers in Classical Ballet and Modern technique, and share her love of Dance.

Tara is a top performing public relations and communications professional with extensive experience in corporate reputation management and promotional marketing. She joined Encore because of their focus on helping young people thrive through disciplined, fun creativity in a supportive environment. She enjoys being “behind the scenes” organizing, encouraging and helping everything run smoothly so parents, family and the young performers can focus on enjoying doing what they love most: creative performance through dance. Tara is Senior Director of Public Relations and Marketing for JAJH Consulting Services working for a wide range of clients across many industries in the U.S., Canada and Asia and for Encore Dance Theatre as our office manager. 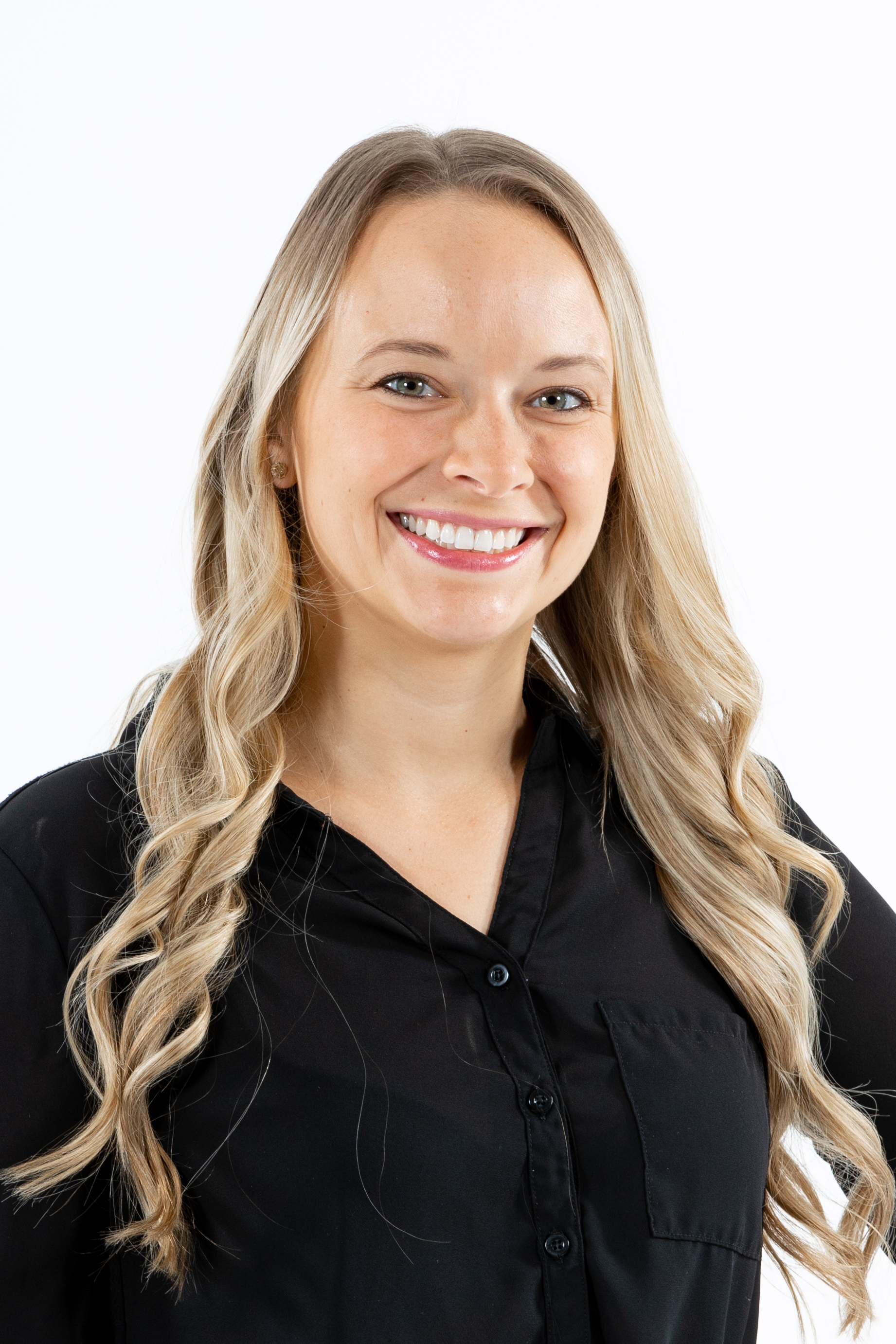 Kayla started dancing at 2 years old at Encore training in ballet, tap, modern, jazz, musical theatre, and hip hop and danced on the competition team until she graduated. From 2009-2015 Kayla was a professional cheerleader for the Florida Panthers becoming captain her final year with the team. She eventually made her way back to teach at Encore, her second home! She is also currently the Marketing & Membership Coordinator at Parkland Golf & Country Club as well as a nanny. Kayla loves working with children and sharing her passion for dance with them! 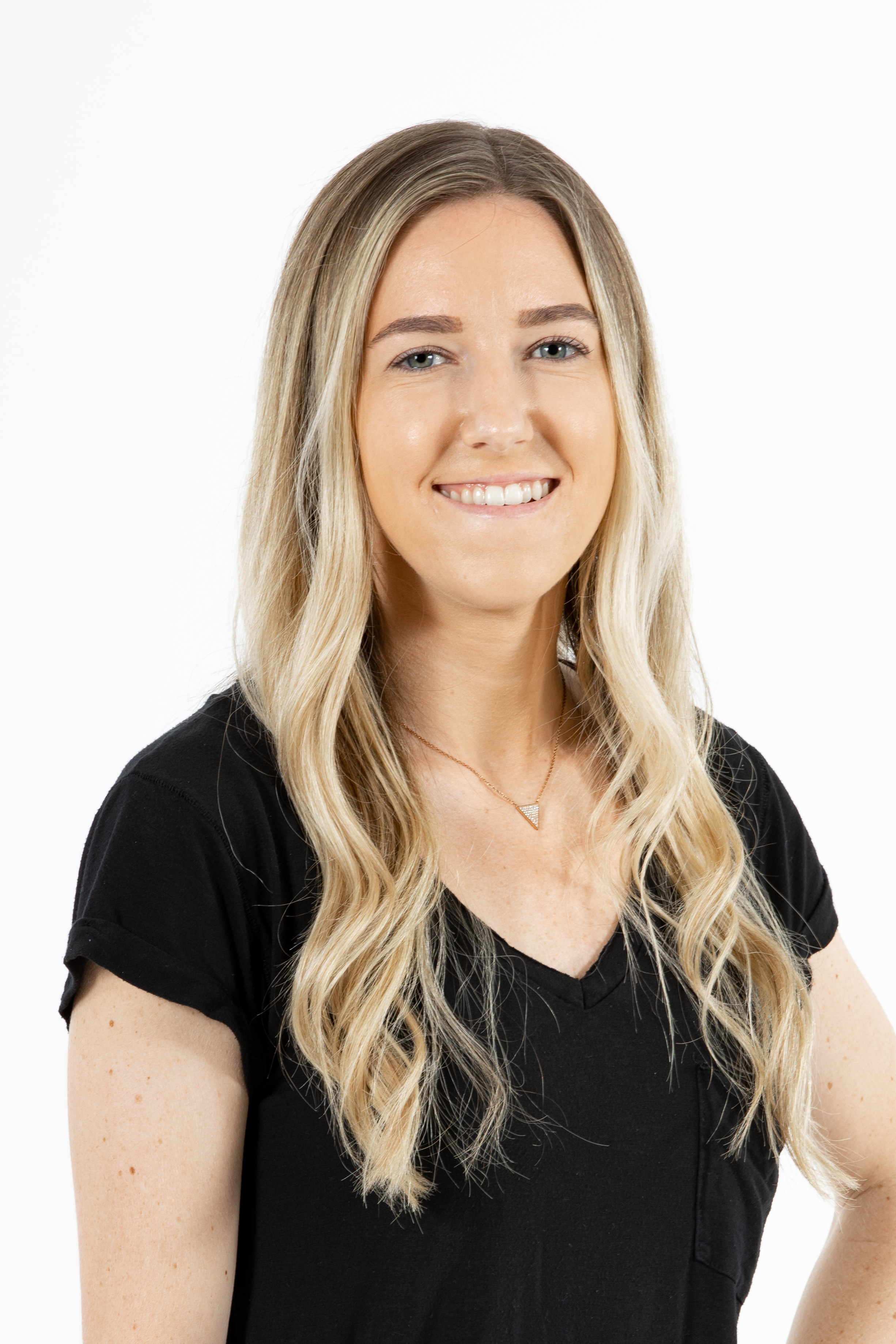 Tori began dancing at Encore when she was three years old. She was on the competition team where she trained in ballet, tap, jazz, acro and lyrical. Tori recently graduated with her bachelors degree in business management. We are delighted that Tori has come back home to EDT! 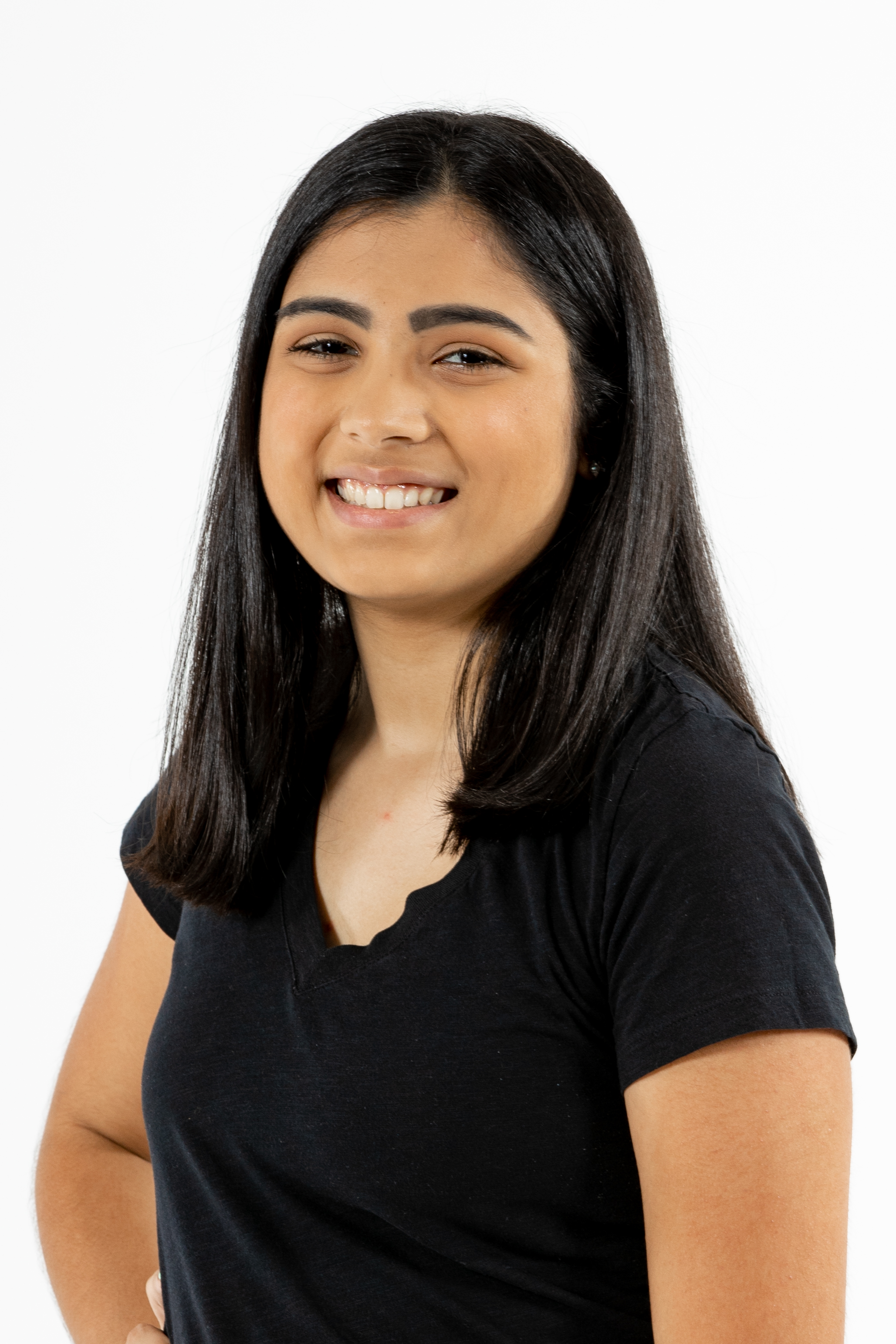 Priya Nair has been a part of the Encore family for 16 years. She has been training here since she was three years old and has attended various dance conventions and competitions throughout her dance career. Priya has danced at the Miami heat pre-show as well as in a Dance the Magic Disney Parade. She participated in the Imagination choreography competition and was awarded 1st runner up. She loves being able to share her love for dance with all her students. 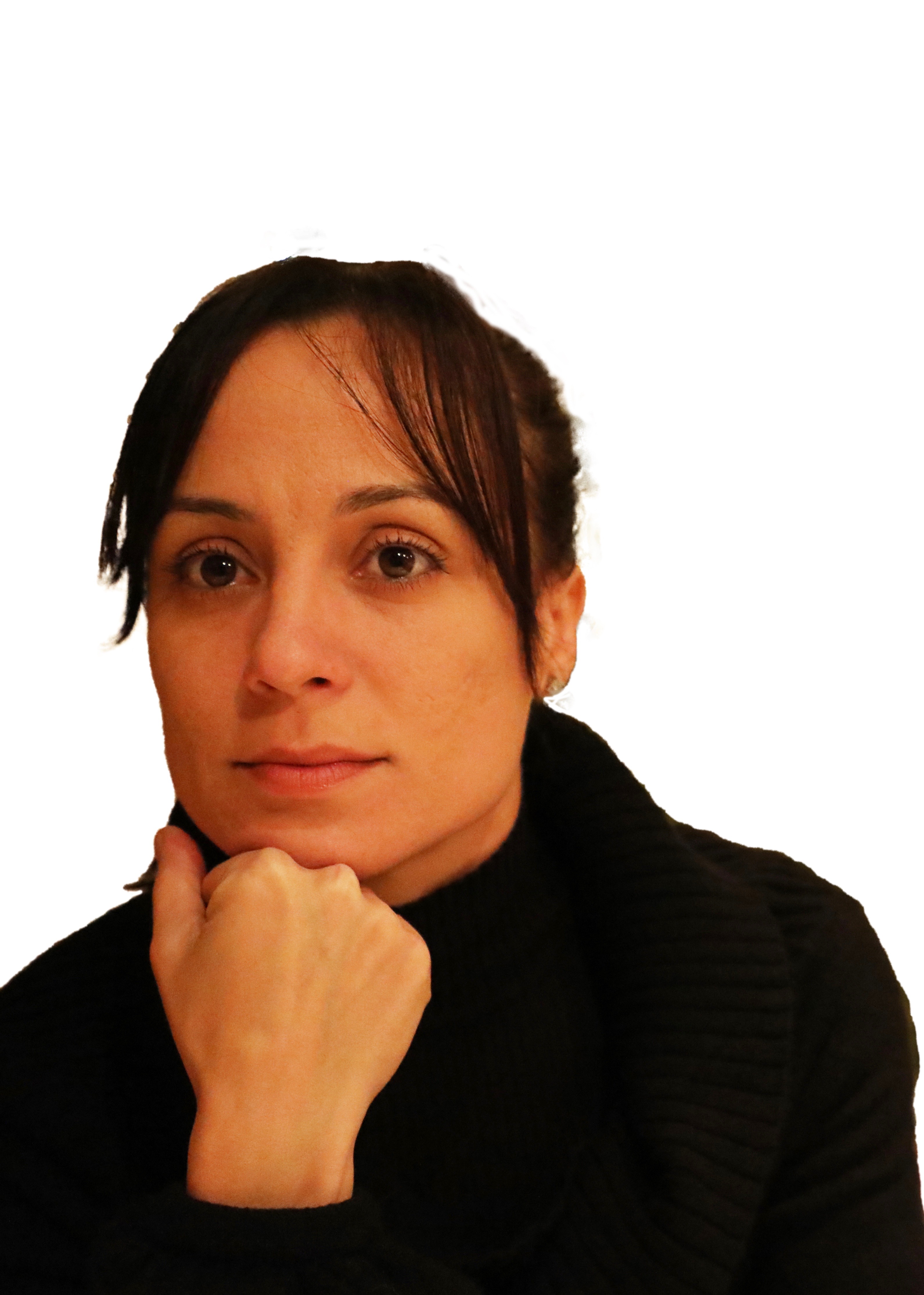 Heydi graduated with honors from the National School of Ballet in Havana, Cuba and became a “Character and Ballet Instructor” at The Havana’s National School of the Arts. Heydi danced for the National Spanish Ballet of Havana where they combined classical ballet with Flamenco Dance. She has danced in productions such as La Fille Mal Gardee, Bayadera, Coppelia, The Nutcraker , Divertimento(modern), AIDA (Full Production) with the Florida Grand Opera in Miami, Florida, and performed The Witches of Salem with the “Ballet Flamenco La Rosa. Performed for three years at the “Raue Center for the Arts” as a guest artist with “The Berkshire Ballet Theatre” in Chicago. 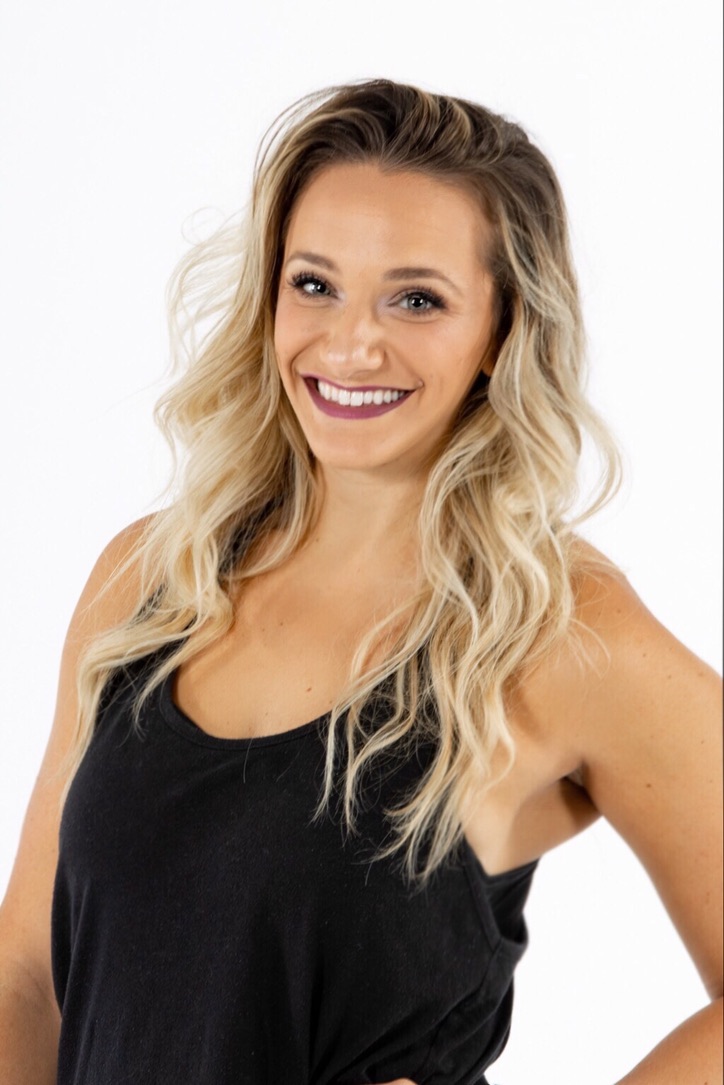 Marlee has been a veteran of Encore Dance Theatre for 27 years. She has a Bachelors Degree in Exceptional Student Education with a Masters Degree in Educational Leadership. Marlee has a special talent to work with all levels. In her dance career she has performed with Ballet Met, The Power Rangers, and the Orange Bowl parade to name a few. 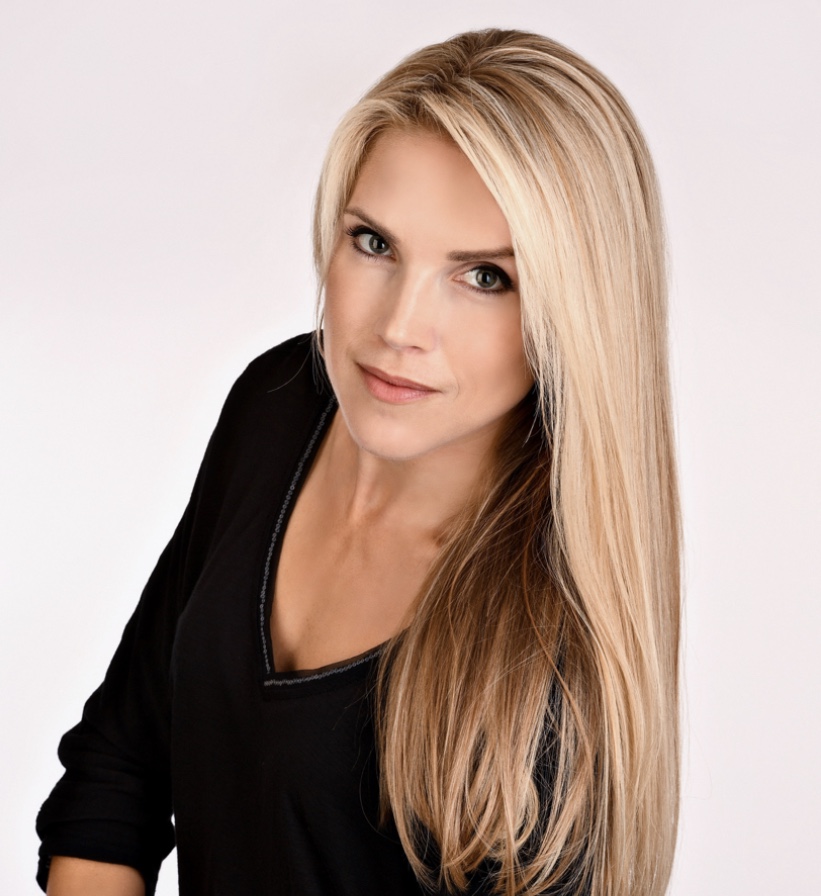 Molly Roller has been dancing for over 30 years, training in Southern California under Louis McKay, Anatoly Sisman, Tonnie Sammartano, Judith Sharp, and Xavier Hicks to name a few. She was invited to perform in multiple bowl games, featured in American Cheerleader magazine, and recognized with numerous awards at the national level. As an instructor and choreographer for over 15 years, Molly has worked with numerous studios as well as high school, collegiate, and professional teams from coast to coast. She is a member of the National Dance Education Organization and currently moonlights as an instructor and audition judge for the Miami Dolphins Cheerleaders.
Sean is a 20-year professional who holds multiple USA Gymnastics certifications as well as a degree in Child Development. Mr Sean’s classes focus on safety and building self-confidence, and his students might describe him as “goofy and silly”. As a preschool teacher he prides himself on keeping his young students engaged and excited to learn. Sean has coached and taught at multiple gymnastic facilities throughout the US. 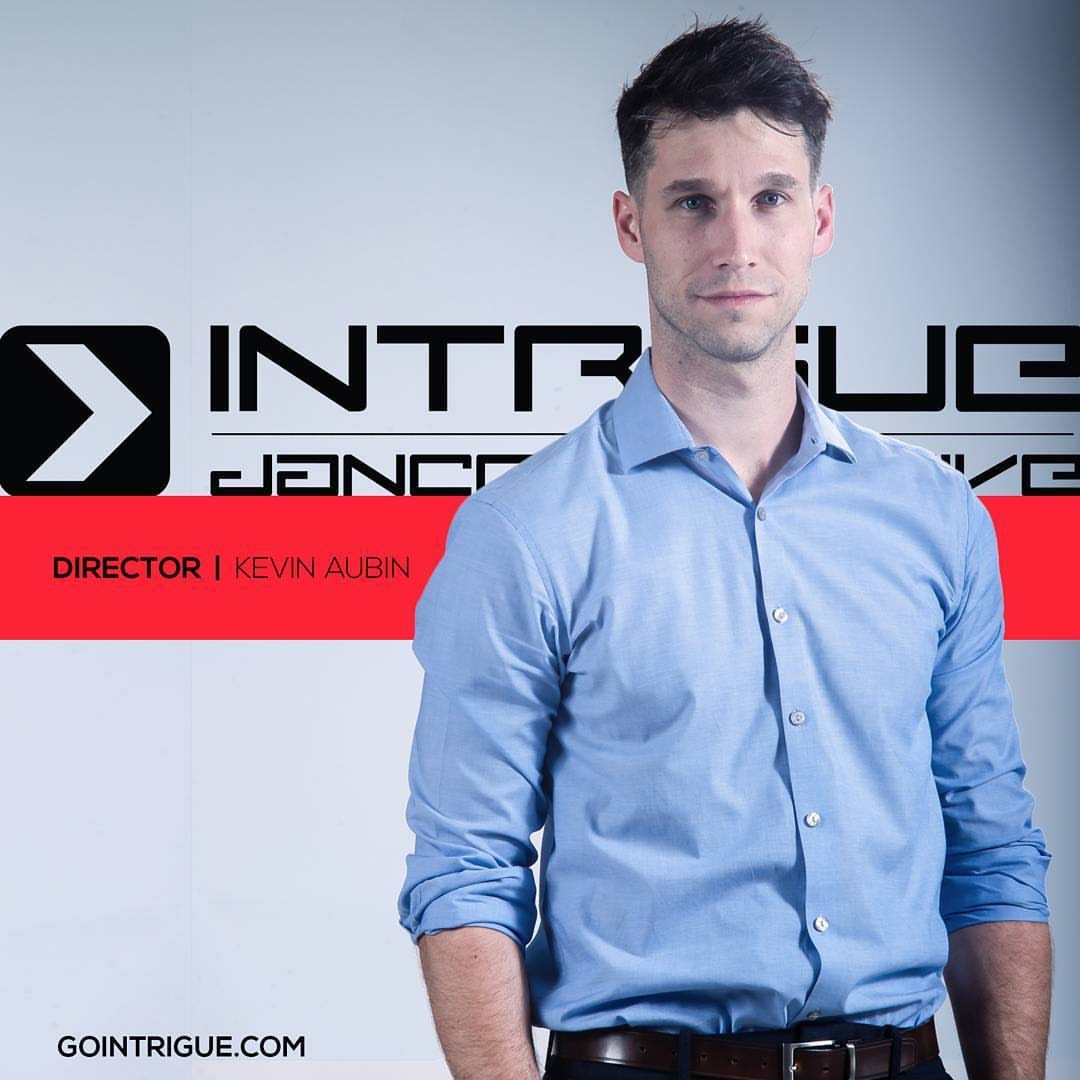 Kevin Aubin is an Alumni of Encore Dance Theatre. At age 15, he moved to NYC to attend the School of American Ballet. Kevin has performed throughout Europe, Japan and the United States. He has danced on Broadway with the companies of Wicked, Hot Feet, Spiderman: Turn Off the Dark , European tour of West Side Story; as well as originating the role of Paulo in the award winning New York Festival Production of Common Grounds Off-Broadway. You can see Kevin in the Golden Globe nominated film Across the Universe and in Old Dogs. Kevin as had the opportunity to perform on the Today Show, Dancing with the Stars, as a lead in a National Truth anti-smoking commercial, Comedy Central, and as a model for DKNY, Teen Magazine, and has graced the covers of New York Magazine and Time Out NY. Kevin is the owner/artistic director of Intrigue Dance Intensive. 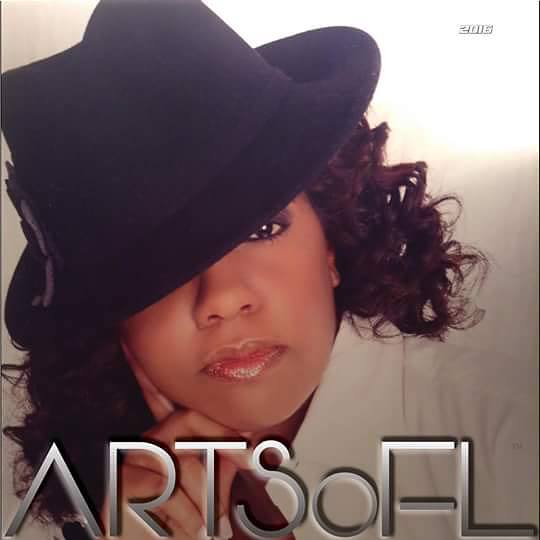